Today we visited Nijo Castle, and I found some of the buildings and gardens even more impressive than those we saw at the Imperial Palace yesterday. That may reflect the fact that the Japanese shogunates were extraordinarily powerful.

We think of historic Japan as having been ruled by emperors, but in fact from 1185 to 1868 the country was ruled by shoguns, who were military dictators. Shogun Tokugawa Yoshinobu, voluntarily ceded power in 1867 to the Emperor Meji after some complicated infighting between various factions that I don’t pretend to understand even after reading about them. The ceremony formalizing that transfer of power took place in a room in the Nijo Castle, a room that still exists today.

This castle entrance gate was designed to impress visitors with the power of the Tokugawa shogunate. It definitely impressed me! 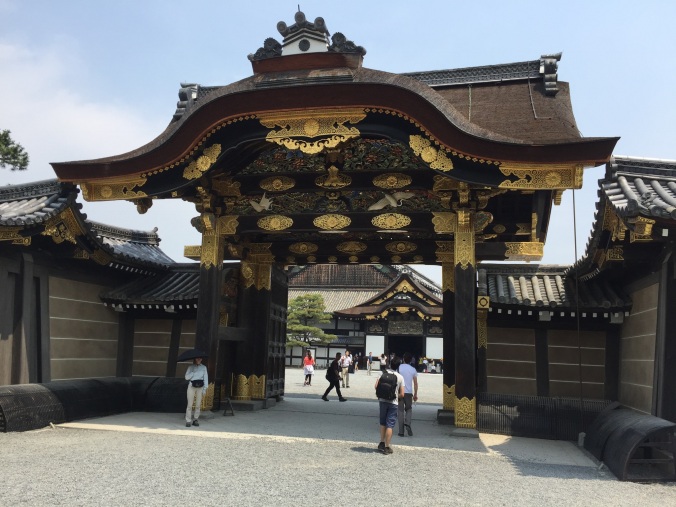 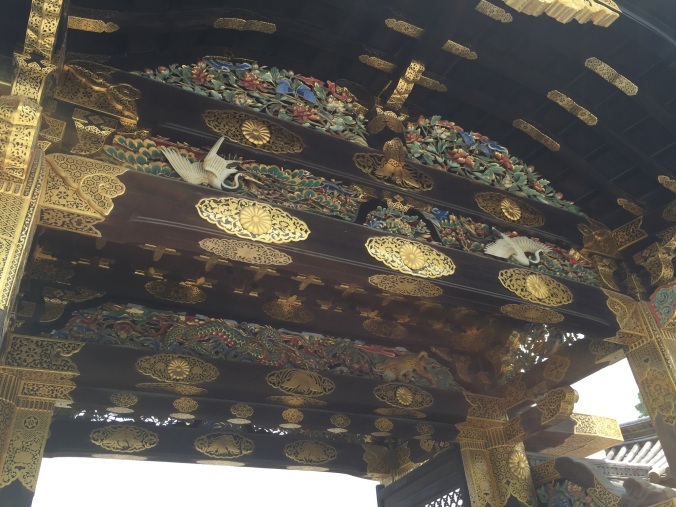 There were no photos allowed inside this building, the Ninomaru Palace. It was an extraordinary experience to walk through it and see inside the many reception rooms with their expansive wall paintings.

Inside the castle walls is another building complex, the Honmaru Palace. Here is a view of it from the 50 ft high foundation of the five-story castle keep, which burned long ago and was not replaced. 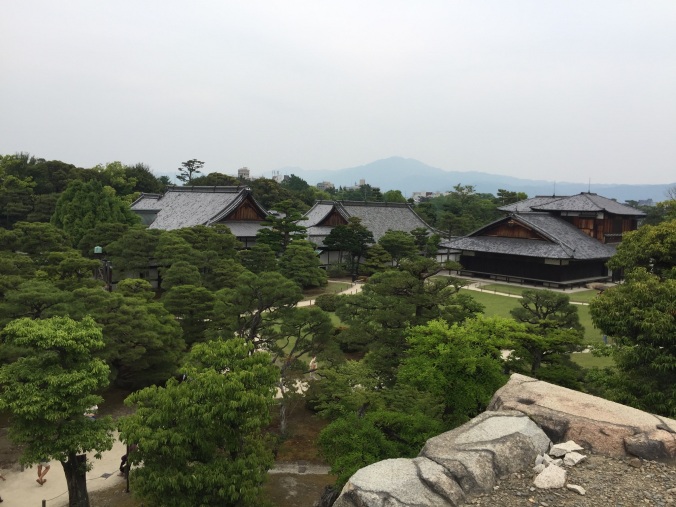 As usual, it was the gardens that really captured my imagination. 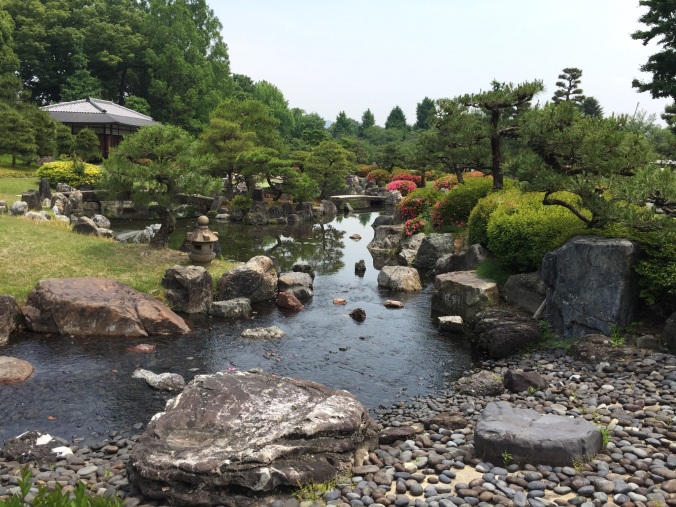 This tsukubai (below) is in a section of the garden that was built in 1965 (above). 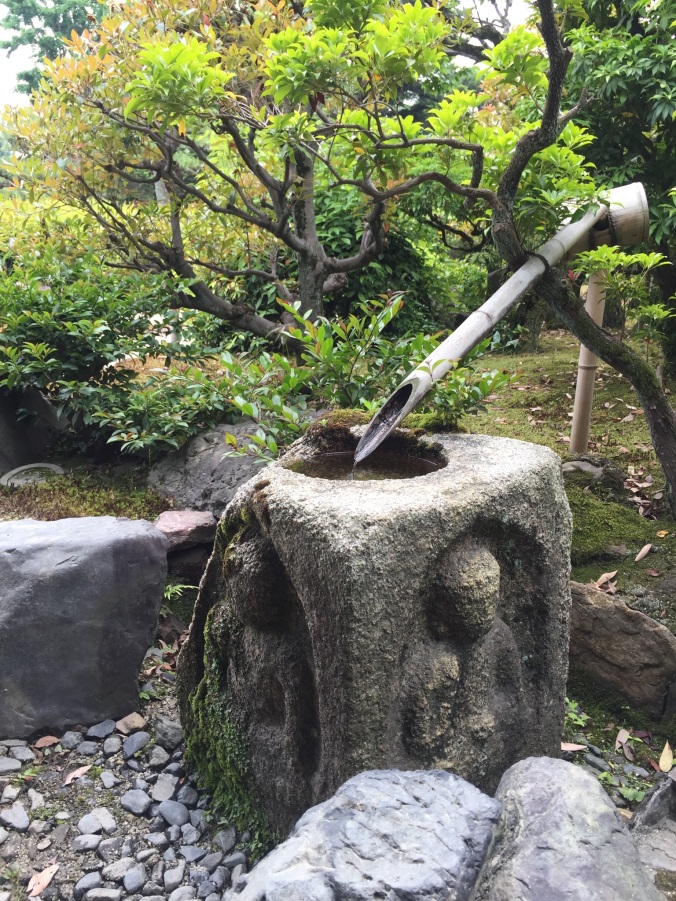 The castle walls were pretty impressive as well. 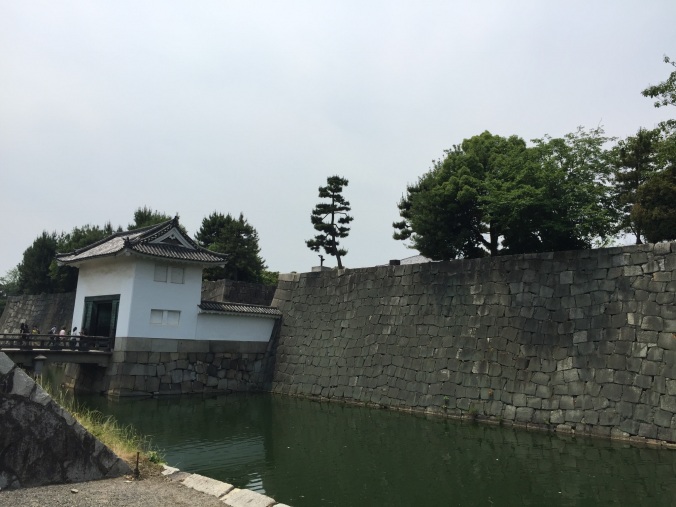 Next post about our Kyoto trip >>> Riding the Shinkansen at 172.7mph — Will the Future be Faster?

One thought on “The Last Shogun”