The new Tesla Model 3 is the final step in Elon Musk’s 2006 Secret Master Plan, an “even more affordable car“, offering a set of features that together make it the first EV that can serve as the primary or only car for the average middle class person in the developed world. No other EV currently on the market is competitive with it. The key to understanding this is to consider the car as a whole — including its charging capabilities — and focus on these features:

The base version of the Model 3 has a range of 215 miles, and the optional higher capacity battery will likely be well over 250 miles (exact number to be announced on July 28th). That is enough range for over 90% of the trips people take in cars, and for longer trips there is…

The Model 3 comes standard with high speed DC charging capability using the Tesla Supercharger Network which currently offers 5,958 charge points in the countries Tesla sells in, and is constantly being expanded. Superchargers make long distance travel easy since they can charge a Tesla from 20% to 80% in about half an hour, enough charge to reach the next Supercharger location. No other car company offers their own charging network, nor do they offer high speed DC charging (though several car companies have announced EVs with DC charging but aren’t building charging networks to support their cars!).

For trips below 200 miles, charging at home or at work effectively takes no time at all since all you do is plug in, walk away, and when you wake up in the morning or are done with your work day your car is charged. Done. You have to own an EV to fully appreciate just how nice that is. And no trips to the gas station!

Seating for 5 and Their Luggage

The Model 3 offers comfortable seating for five adults along with a trunk and a “frunk” (front trunk). That is possible due to the design which places all the batteries beneath the floor and the motor just below and behind the rear seats. It’s so compact, and hidden, that people unfamiliar with Teslas often can’t  correctly identify where it is in the car. Other EVs like the Chevy Bolt pack the front end of the car with the motor and associated electronics and only have a small trunk in the rear.

Self Driving Hardware is Standard

Yes, you read that right. Every Model 3 built (and every other Tesla built since mid-2016) has the necessary hardware for the car to drive itself. That means 8 cameras, 12 ultrasonic sensors, a forward-facing radar and a powerful computer that Tesla says will ultimately be capable of driving the car on any road without human intervention. That’s a future goal, but right now the optional Enhanced Auto Pilot software uses those sensors to steer and brake the car as needed on the highway (divided roads with no cross traffic). It’s the first step towards fully autonomous — and much safer and relaxing — driving.

The base Model 3 starts at $35,000 before any government EV credits or rebates. That price, combined with the fact that EV “fuel” costs are less than 1/3 that of a comparably sized ICE car (Internal Combustion Engine) and maintenance costs are less (no oil changes, no belts to wear out, brake pads last forever, etc.) mean that a Model 3 is cheaper to operate long term. Install solar panels on your roof and you can “fuel” your Tesla yourself. Zero emissions.

And By the Way, It’s Beautiful…

With some of the currently available EV competition from GM, BMW, VW, and Nissan… 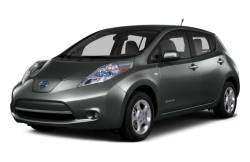 The Model 3 wins hands down. And apparently hundreds of thousands of EV buyers agree, because within a few weeks of the Model 3 reveal on March 31, 2016, about 400,000 people gave Tesla $1,000 to reserve a place in line to buy one. Almost none of those people had seen a Model 3 in person nor had they even sat in one. None of them had driven the car.

The first Model 3 (photos below) came off the production line on July 7, 2017, and the first deliveries will be on July 28th. The initial several thousand cars will go to Tesla and SpaceX employees who were given the opportunity to be first in line, a nice gesture by Tesla given the incredible demand for the cars. Deliveries to non-employee reservation holders will likely start in late 2017, depending on the speed of the production ramp.

Prodded by Tesla’s success over the past five years, every major automotive manufacturer has now announced plans to start producing long range EVs. The revolution has started and with Tesla far in front, but within a decade the vast majority of cars sold will be electric. 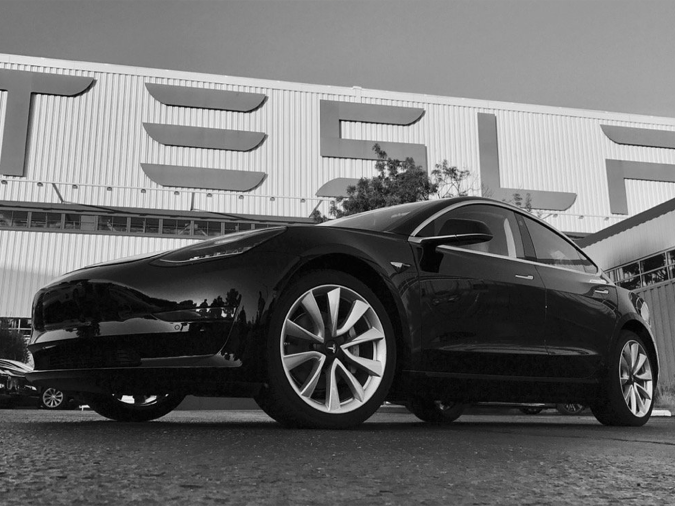