Our good hiking friend Aki recommended that we visit the Mimurotoji Temple in Uji, a short train ride to the south of Kyoto. He said that in early June the temple’s famous hydrangea garden (in Japanese, aijisai) would be in bloom. He was right!

Starting June 10th a special bus runs from the Uji JR Rail Station to the Mimurotoji Temple just to accomodate the crush of visitors coming to see the aijisai bloom. We arrived there that morning and only had to wait a few minutes to catch the bus to the temple, which is tucked into a small valley on the east side of the town. 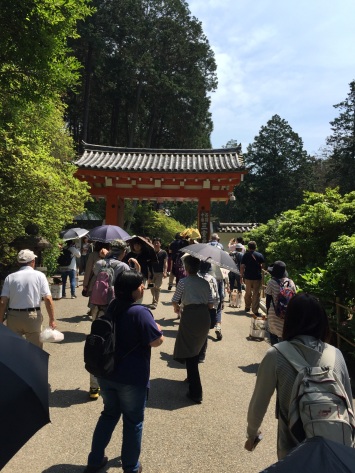 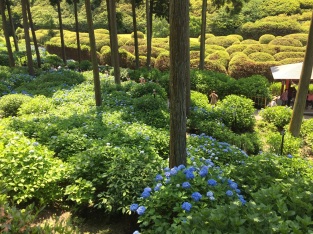 In front of the main building are many containers of the Lotus plant, a symbol of Bhuddism, over which many large blue dragonflies (in Japanese, Tombo) were flitting about. 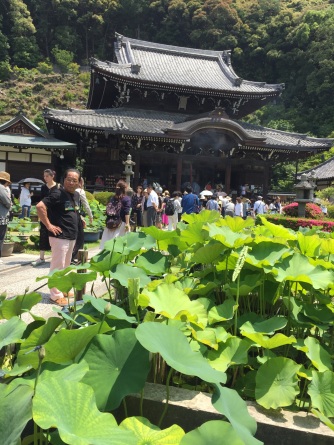 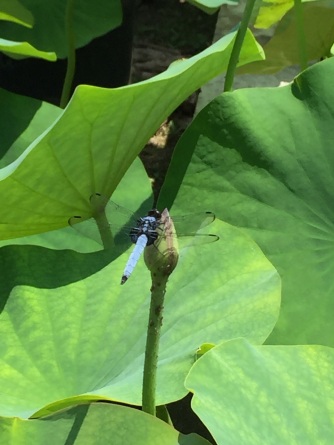 Near the main temple structure was a large temple bell that anyone could walk up to and ring. Of course I had to do it. I love the sound of Japanese temple bells!

There were other beautiful garden areas to be enjoyed as well. 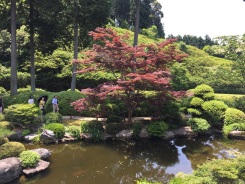 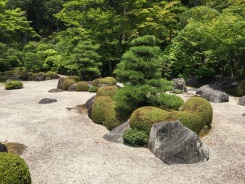 I enjoy looking at the details in Japanese gardens. This stone lantern had its top supported by a wooden frame. For a moment I puzzled over the idea of putting wood next to where a candle would traditionally be placed, and then saw the coins inside it. Not a lantern for lighting, but a place for donations. I also admired the design of this stone path. 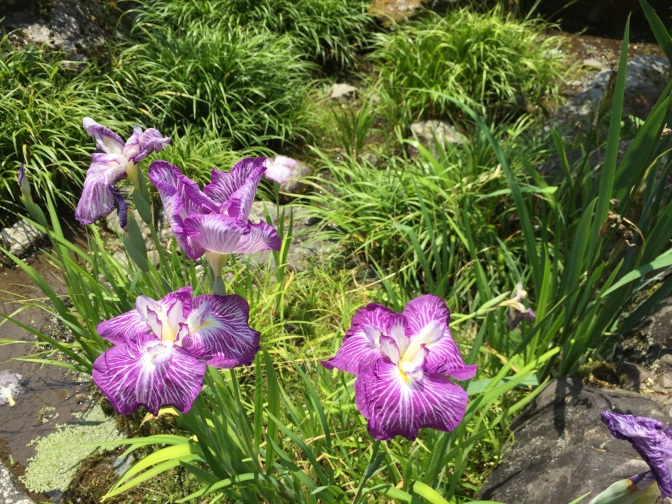 Leaving the temple, we walked through a prosperous looking neighborhood on our way to the Ujikami Shrine. This house window caught my eye. It’s Pooh Bear, of course…

Built in the 11th century, the Ujikami shrines remain in active use today. While we were there a service was being held in the main building. 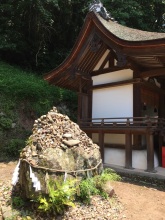 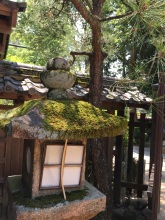 The most direct route back to the train station took us across a pedestrian bridge spanning the Uji River, just southeast of the main road and railway bridges. Amazingly, this bridge is not shown on Google Maps! It is on Apple Maps, but neither of them show a name for it.

Next post about our Kyoto trip >>> Hiking Mt. Ibuki: Better Late Than Never