I have visited some incredible geothermal hotspots in my time, including the original Geysir in Iceland (where the English word “geyser” came from) and the many wonders of Yellowstone National Park. I would rank Orakei Korako, a half hour drive north of Lake Taupo, in the top tier of geothermal experiences and well worth the NZ$39 admission fee (the land is privately owned). The visitor center is located on the Waikato River, and a small boat takes you across the river to the geothermal area.

You can read about the geology of what you see in these photos, but basically these are sinter terraces composed primarily of silica and ranging from tens of meters to just a few centimeters thick, underneath which is mineral rich water at temperatures of 60C! (140F) Undeterred by the high temperatures, thermophilic (heat loving) species of algae inhabit the pools, as do bacteria. 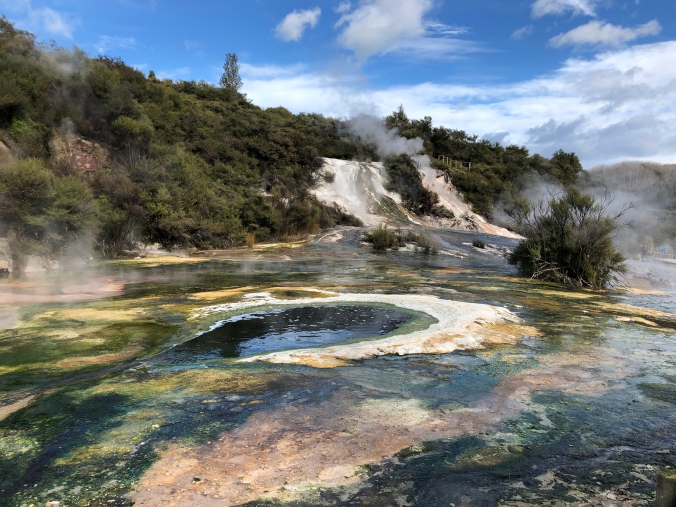 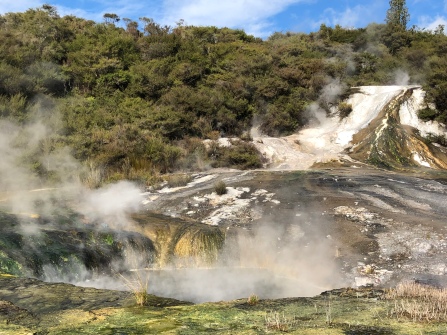 It takes about an hour to walk all the paths, but we spent more time than that taking everything in. The several hundred steps involved were welcome exercise. To give you some perspective, in the photo below what looks like a oddly-colored frozen waterfall is actually hardened minerals forming a cliff about four meters high. 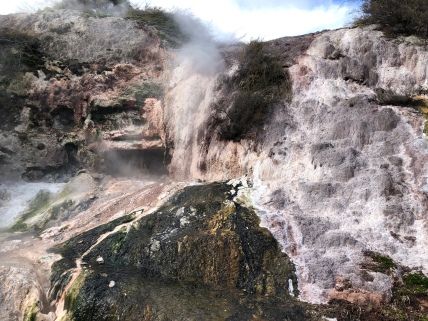 There is an upper section consisting of a shallow lake, punctuated by numerous bubbling vents, some ejecting jets of water several meters into the air. 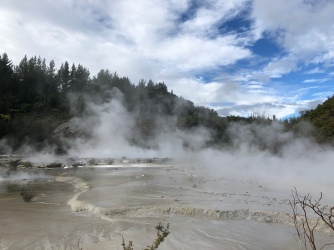 In that area are spots where the superheated water has dissolved clays to create “boiling mud pots”.

The path leading back to the beginning of the track passes through a tree fern forest.

This decomposing log had turned bright red; I have no idea why as the same wood right next to it was nothing like that color.

In the parking lot there was a Tesla Destination Charger! No Teslas in sight however. 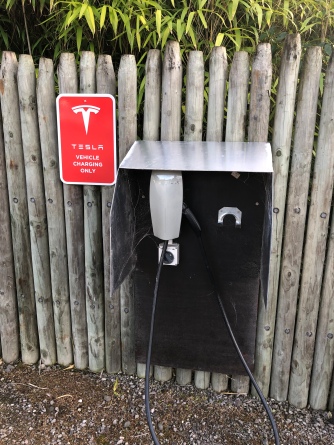 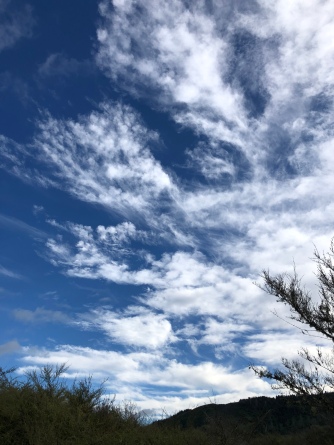 One thought on “Orakei Korako, an Amazing Geothermal Experience”